2. At the title screen of the game, among all the articles of newspaper clippings, there is one with the main article in bold saying “University Shooting Leaves 8 Dead, 10 Wounded.” This is a reference to the novel “Tomb Raider: The Ten Thousand Immortals” written by Dan Abnett & Nik Vincent. The novel is about the journey that Lara goes through between the first game and second game where she helps save her friend Sam Nishimura from the ordeal on the island of Yamatai.

3. The trailer shows Lara Croft on a cliffside overlooking a mountain range. It was originally thought that Lara would be travelling the world, but it was later told by the developers the setting is in Siberia.This game was announced at E3 2014 in Los Angeles. It will be released as a timed exclusive for the Xbox 360 and Xbox One.

5. Charles Halford who voices Konstantin in the game, portrays Constantine’s loyal friend Chad in the recent TV show Constantine, which ran for 13 episodes.

The trivia items below may give away important plot points.

6. It was accidentally revealed at the 2015 Gamescon that a third game in the rebooted franchise is in development.

7. Upon finding one of the relics in the game, Lara will say: “Another sculpture, but this one appears to be a game.” Searching the relic further will lead her to say: “These pieces look familiar… I know I’ve seen something like these before…” The pieces are a reference to the game Tetris, and surprisingly enough all of the pieces from said game be seen by looking hard enough.

8. The ending cinematic seems to reveal the location, or one of the locations, which in the next game takes place. The camera pans to a map that is shown to be of New Spain, an old colony comprised of what is now Mexico, Central America, much of the Southwestern and Central United States, the Spanish West Indies, Spanish Florida, the Philippines, and other Pacific islands.

9. At the end in the cinematic at Croft manor a map of the Yucatan can be seen, possibly hinting at where the next game will take place. 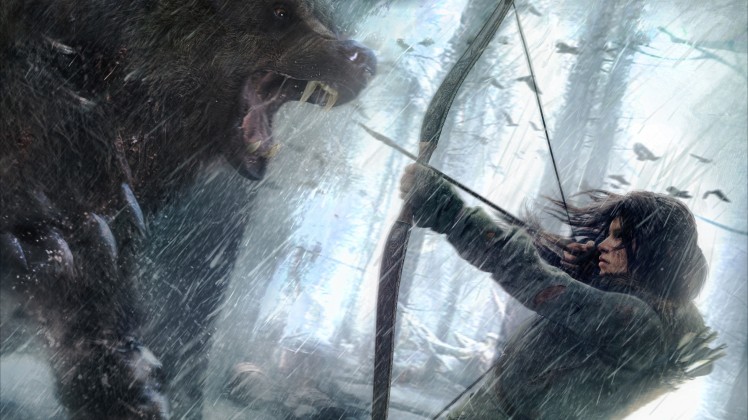 These Trivia facts were found on IMDb.com.