Rise of the Tomb Raider’s first DLC is now available for Xbox One and Xbox 360!

“Deep in the wilds of Siberia lies a forest that no man will enter, where a Soviet expedition vanished without a trace. Lara enters the Wicked Vale in search of a missing man, but she finds a nightmare that defies explanation. Is the witch, Baba Yaga, haunting the forest? Or is there more to the myth? Featuring three hours of new gameplay, Lara will face new adversaries, explore a new tomb, solve a decades old mystery, and face off against an ancient evil. Includes a new outfit, and a new bow.” 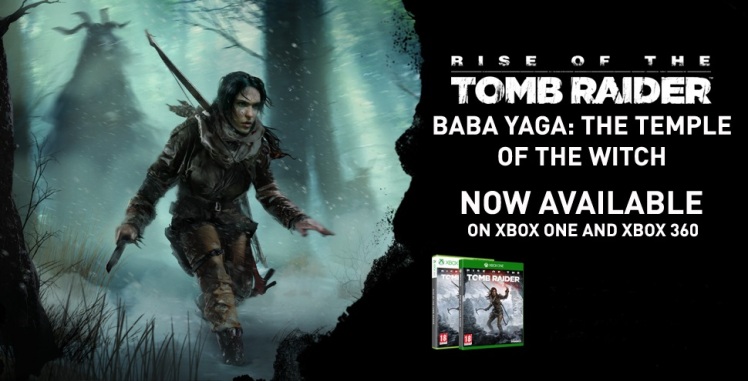